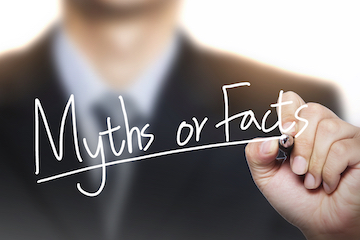 There’s a wives’ tale that white wine will remove a red-wine stain. Another claims that eating an apple a day will keep a doctor away.

These myths persist despite a lack of evidence. Eating an apple every day has no bearing on the frequency of visits to a doctor.

Many wives’ tales surround search engine optimization. The five below I hear the most from clients and other marketers.

1. Site traffic. Just recently I read posts from two marketing agencies that claim a site’s organic search rankings increase with the amount of overall traffic. This is false.

Google and the other search engines do not attempt to determine a site’s total traffic. True, Google owns a popular analytics package, but it does not use it as a ranking signal in search.

I’ve worked with sites that pulled in millions of visits but struggled with organic search performance. And, yes, high overall traffic is often due to organic search. But one does not cause the other.

Google and Microsoft are both adamant: There’s a wall between organic and paid-search datasets and ranking algorithms. The difference in performance between the paid and organic channels across high-spending advertisers proves the point.

But many agencies and data providers study organic ranking signals. And, if you read the fine print, each study is careful to say that correlation does not prove causation. Compelling content can perform well in both organic search and social media without one causing the other. Still, SEO professionals frequently speculate that there could be a causal connection.

The search engines, on the other hand, deny that social media data is a ranking signal. While they do crawl content on, say, Facebook and Twitter, search engines do not use the engagement metrics to influence the ranking position for specific pages.

4. Clicks from other sites. Search engines cannot detect when a visitor clicks from a site to yours. It doesn’t matter how authoritative that site is. The click is not visible to the search engines and therefore cannot influence rankings.

Twenty-thousand people could click from a Wikipedia page to your site, and it wouldn’t help your organic rankings one bit. What does help, however, is the link from an authoritative site such as Wikipedia to yours. It’s the link on Wikipedia that matters, not the number of people that click it.

The click that does matter to search engines is when a searcher clicks on an organic listing. Clicks from a search results page indicate that searchers find that listing relevant, which can influence its ranking.

5. SEO scores. Your Alexa score doesn’t impact your ability to rank in Google. Neither do your visibility scores in Moz, BrightEdge, Ahrefs, or any other SEO platform.

These tools use data pulled from the search engines’ webmaster APIs or scraped from their rankings. The tools’ proprietary scores measure performance. They do not influence organic rankings.

SEO is often misunderstood. Anyone can offer an option. Thus it’s hard to know who to trust, especially when agencies help spread wives’ tales.

In “9 Trusted SEO Blogs,” I listed the sources that I trust, even now, two years after I wrote it.  You can also generally trust the information you learn at the major search conferences, such as SMX West, which I’ll be speaking at in February.